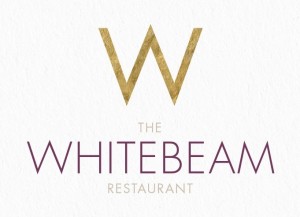 The restaurant is a new concept for Solent, celebrating the abundance of locally sourced ingredients and foraged food available in Hampshire.

Located in the University’s £33million building in the heart of the city’s East Park, the restaurant presents seasonal menus handcrafted by Chef Oliver Bloxham who joins the venue from Chewton Glen and Claridge’s. Oliver was also the recipient of the prestigious ‘Egon Ronay Scholar of the Year’ award in 2013.

Of his new menu, Oliver says: “I created the menu on the basis of nature, with autumn as the key factor, as it brings a bounty of nuts, seeds, wild fungi and the most amazing fruit and vegetables. With all this great produce the menu can quite simply write itself.”

Focussing on lunches, set menus are priced at £18 for two courses and £24 for three courses. The menu will change each month with a seasonal theme from Oliver’s hunter-gatherer adventures around the county.

The launch of the new concept takes place at 12pm on Tuesday 20 December, guests are invited to book in advance.

Bookings for the speciality seasonal lunches are being taken now on the below dates:
20 December
24 January
14 February
24 February

Further dates throughout 2017 have been set and will be released in the New Year.

There will also be a special Valentine’s Dinner on 14 February with 3 courses from £24 per person.

The Whitebeam is also available for private hire for drinks receptions, dinners and parties and can hold up to 120 guests. 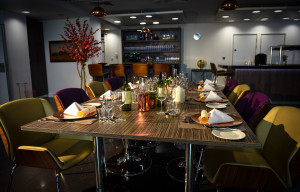 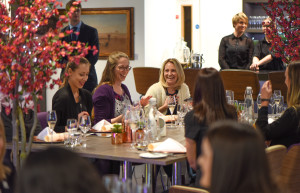 Go to Top
Change Location
To find awesome listings near you!